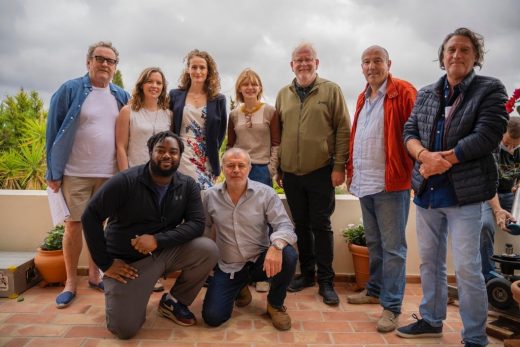 The production  features actor Colm Meany and is for international release .

The film is part of an intended slate of films to be shot in the Algarve in the coming months.

Colm Meaney (Hell On Wheels), Kate Ashfield (Shaun Of The Dead) and newcomer Hannah Chinn star in the feature about a successful author named Jonathan Stack (Meaney), who has been so obsessed with trying to pen his magnum opus that he’s let his marriage to Samantha (Ashfield), who is also his agent and editor, break down to the point where she announces she’s leaving him for her business partner.

Devastated, he abandons the elegant family home in leafy Stratford Upon Avon and drives his ancient Jaguar to the family villa in Portugal where their young daughter Hope (Chinn) and her half-sister Amelia (Brenda Meaney) try to help sort things out.

Watch Interview with Colm Meaney about his new film, Pixie