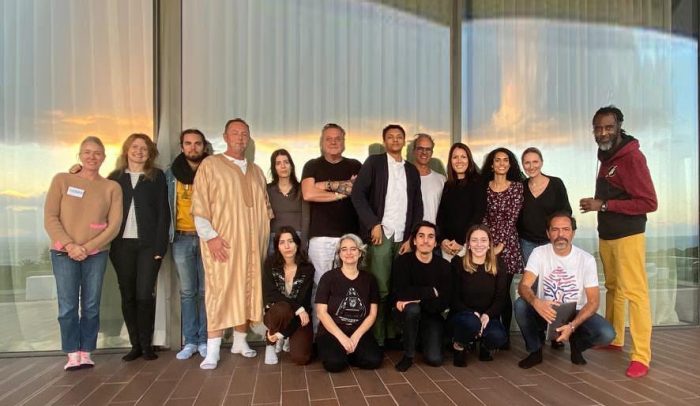 The Algarve Indie Scriptwriters Workshop completed last week in Ferragudo with the selection of two storylines created by scriptwriters who live and work in Portugal, which will later become a new TV series filmed and produced in the Algarve.

Eight experienced producers and scriptwriters from Portugal and the UK spent three days working alongside ten local scriptwriters at Spy Manor Productions in Ferragudo, creating two unique stories to be further developed in the next six to eight months and pitched to international streaming services.

Spy Manor Productions in association with The Algarve Film Collective developed the novel immersive workshop as a powerful platform for local talent to connect and engage with experienced peers from the Portuguese and British filmmaking community. The motto of their initiatives is “About the Algarve, produced in the Algarve, watched around the world”, inspired by NETFLIX’s ethos of providing entertainment that transcends languages and borders.

The experience followed all social distancing guidelines enforced by a COVID compliance officer, a role that will become crucial for all Film productions in the years ahead.

The two stories selected discuss modern themes that also showcase Portugal’s rich heritage, creativity and culture, as a way to promote the region to a wider audience.

The local scriptwriters selected to participate in the workshop were:

The Scriptwriters who will be further developing the script in the coming months are:

The guest speakers and mentors were:

Rather than taking the easier route and appointing well-known scriptwriters to select the themes and develop the storylines of the TV series, Spy Manor Productions and The Algarve Film Collective have chosen to take the opportunity to involve the local community in order to find, nurture and promote local talent.

One of the activities of the workshop was the creation of a dedicated Instagram account with the handle Script.In.Motion and the hashtag #ScriptinMotion to encourage all writers to share their day to day challenges, tips and inspiration for their own creative process. The account can be views and followed by accessing the link: https://www.instagram.com/script.in.motion

Portuguese movie critic Rui Tendinha from Cine Tendinha documented this valuable initiative through video, which can be seen here: https://youtu.be/1OSG3dC5_b4

To learn more about Spy Manor Productions and the activities related to the Algarve Film Collective visit: www.SpyManor.com