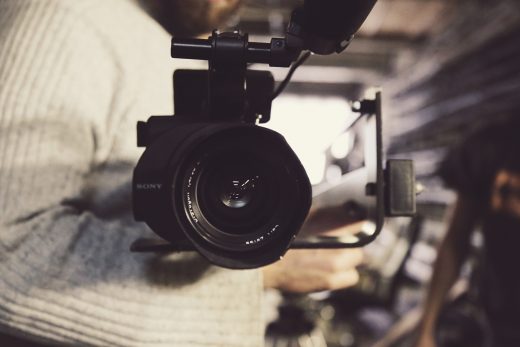 On September 11th, Loulé Film Office initiated and hosted an event of about 20 film industry professionals from the Algarve to meet Julian Hicks, CEO of MBX and Moviebox Premiere and Kit Monkman, Managing Director of Viridian FX Studio.

Julian and Kit shared further details about the Moviebox project, under which the MBX Studios will be built next to Loulé.

Manuel Baptista, Film Officer at Loulé Film Office, started his introduction speech recollecting on the “Algarve Film Collective” first meeting that took place a few weeks ago at Spy Manor Productions. It was inspiring to see how the vision of the initiative we have started resonates and supports the plans of Julian and Kit for this region.

Both shared their long-term plans focused a lot on creating a legacy, raising up a team of skilled professionals who would be rooted in Portugal and the Algarve and contributing going forward to their country.

“We don’t want to have people hire the studio and leave”, said Kit, – “we plan to have an academy on the site, put down the roots and build something sustainable”.

Manuel Baptista said: “It is important that we all navigate in the same direction.”

The project aims to have an educational purpose as well with the development of an academy on-site.

We were all excited to see the renders and the video of the upcoming studio and thrilled how together we can contribute to an exciting new chapter of the Portuguese movie industry.